Bhd. was founded in 1977 in Malaysia. The business objective then was aimed mainly at the export market, in which the founders have extensive experience. As volume grew and revenue increased, Trade Ocean successfully set up its first factory in the early 1980s, manufacturing on its own a large part of the export orders. Growth was at such a rate that by 1991, the Company had to move to a new factory to facilitate increased production levels.

When the Company's export business expanded more than 300%, the need to consolidate its strength arose and as a result, through a restructuring exercise, Trade Ocean Holdings Sdn. Bhd. was then founded as the corporate holdings company with two subsidiaries, Trade Ocean Exporters Sdn. Bhd., which became the marketing arm for all exporting activities and WONDERFARM Biscuits & Confectionery Sdn. Bhd., which became the manufacturing and research and development division.
At the same time, in line with the Company’s desire to seek new opportunities, another factory had to be set up to meet its expansion needs. After some comprehensive market surveys, Vietnam was found to have changed substantially, offering an excellent ground of prospects as it had good labour resources and rich agriculture products.

Thus, our holdings company founded Interfood Processing Industry Ltd. in 1991 and over the years, moved our international marketing and manufacturing divisions into Vietnam. This was a brilliant and strategic move, which enabled our group of companies to reconsolidate its strengths, strategies and international competitive edge without sacrificing our values, identity and philosophy. The outlook was certainly very bright for Vietnam as its economy is booming with nothing but further growth expected.

Interfood, with its pool of experience and dedicated international co-workers, quickly became the most modern manufacturer in Vietnam and one of today's most dominant and quality focused confectionery and beverage producers in Vietnam. This was evident when WONDERFARM was awarded the prestigious Vietnam High Quality award, an award given for consistency in production quality. WONDERFARM Biscuits & Confectionery Sdn. Bhd. continues to be the quality control and research and development division for our biscuits and confectionery while Trade Ocean Holdings Sdn. Bhd. is responsible for canned drinks and foodstuffs.

From 2011, KIRIN Group, one of the leading food and beverage companies in the Asia-Oceania, became a strategic majority shareholder of Interfood Shareholdings Company and started their management then. 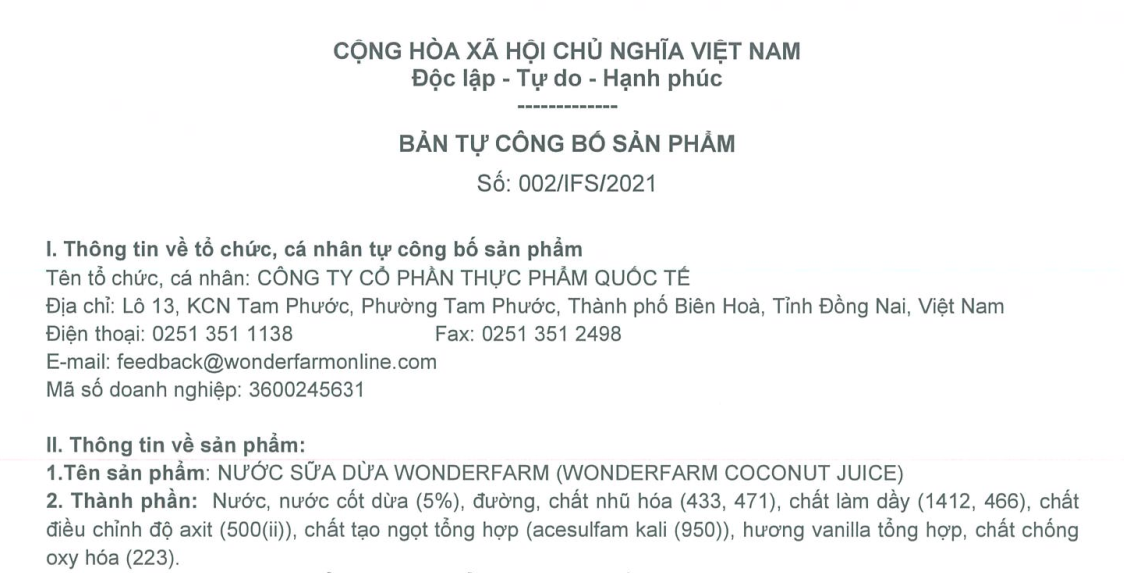 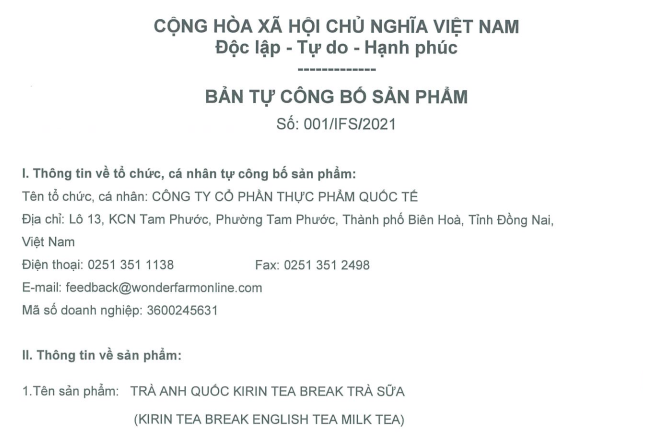 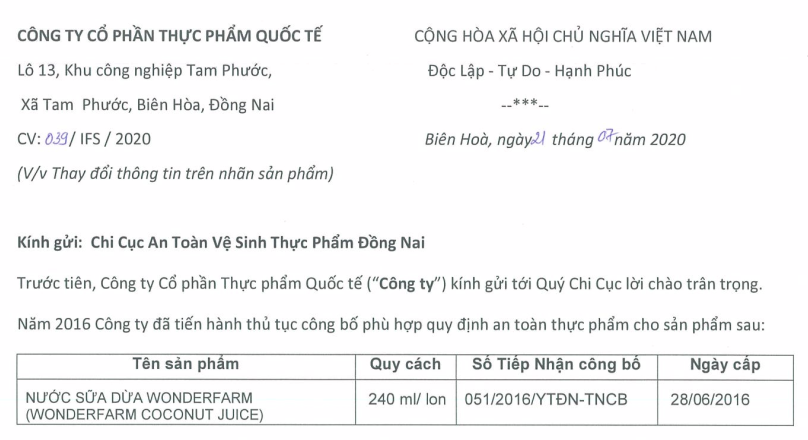 ANNOUNCEMENT ABOUT CHANGE OF THE PRODUCT'S LABEL - WONDERFARM COCONUT JUICE 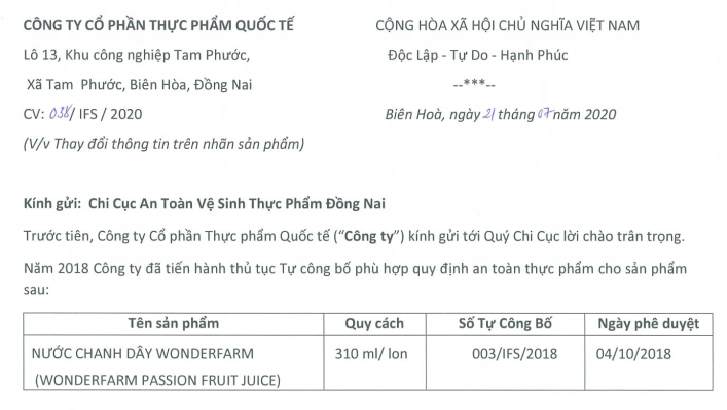